Today, university ‘customers’ are not only students, but their parents as well, who spend time and energy researching value for money. League tables are an important part of their decision-making and influence a university’s reputation.

However, our research found that rebrands do not help appear to improve league table positioning (although this may be in part due to the lag time in publishing tables).

Be careful what you ask for

Newer universities without a long-standing reputation, participants noted, often use league tables as a branding tool, as a way to stake their ground in a fiercely competitive market. Even if a university is not in the top of the league tables overall, they’re pressured to look as though they’re competing in them.

However, one research participant taking part in research in summer 2016, Don’t ask me about the logo. University branding, but not as we know it, noted that league tables were in danger of becoming a self-fulfilling prophecy: as universities place more importance and emphasis on tables themselves, students feel they need to pay more attention to them, too.

Do rebrands help in league tables?

League tables are compiled using data that may be up to two years out of date. The guides are competitive in nature, each claiming a more useful perspective for the university and the prospective student (and their parents).

Rebrands in the last three years reflect the increase in tuition fees to £9,000 per year for undergraduates, or more for overseas’ students, however, rebrands in the last year, or even within two years, aren’t necessarily comparable to league table reporting due to the time lag.

Whatever universities feel about league tables they are increasingly influential to perspective students and their parents. Rebrands are mostly brand refreshes, sometimes with a new logo, sometimes not. It doesn’t look like rebrands make much difference to a position in table, however, since tables predominately focus on experience, which is perhaps what their rebrand should have been addressing as well.

Five core themes emerged from research, which we will address in blogs over the coming weeks:

More about our research

This is truncated version of a fuller report. Contact us to hear the whole story.

Acknowledgements
The author would like to thank the generous contributions of Gary Hughes, Ivor Lawrence and Vanessa Potter who participated in interviews and gave me insights and stories to support their views. He would also like to thank Helen Coleman at Brunel University London for commissioning the research and contributing to the final report, and her assistant, Becky Moore in gathering resources. Thanks also to Claire Rigby, who facilitated the introductions to Gary and Ivor.

Methodology and objectives
Brand Ethos, a brand strategy consultancy was commissioned to prepare an independent report for Brunel University London to investigate and make recommendations about good practice in the branding of competitive universities, particularly those that fall outside the top 25 in national league tables.

Research found that universities, whether single- or multi-sited, ‘suffer’ from a proliferation of sub brands and on-campus promoters of events, activities, clubs and societies, and the general running of a university. Most brand, branding and design experts agree that this can weaken the strength of a parent brand. Research aimed to determine from a group of university ‘brand owners’ how they mitigate the proliferation of ‘off-brand’ collateral and communications on campus (both printed and online), and good practice for encouraging content generators to be compliant.

Face-to-face and telephone interviews lasting between 60 to 90 minutes with university ‘brand owners’.

Participants
Participants were drawn from an existing network of senior marketing and communications directors and included:

If you would like to receive our regular newsletters, please pop your email address down below.

If you would like to receive our regular newsletters, please pop your email address down below

See all our thinking

See all our work

Creating ReLondon’s website to revolutionise our relationship with stuff 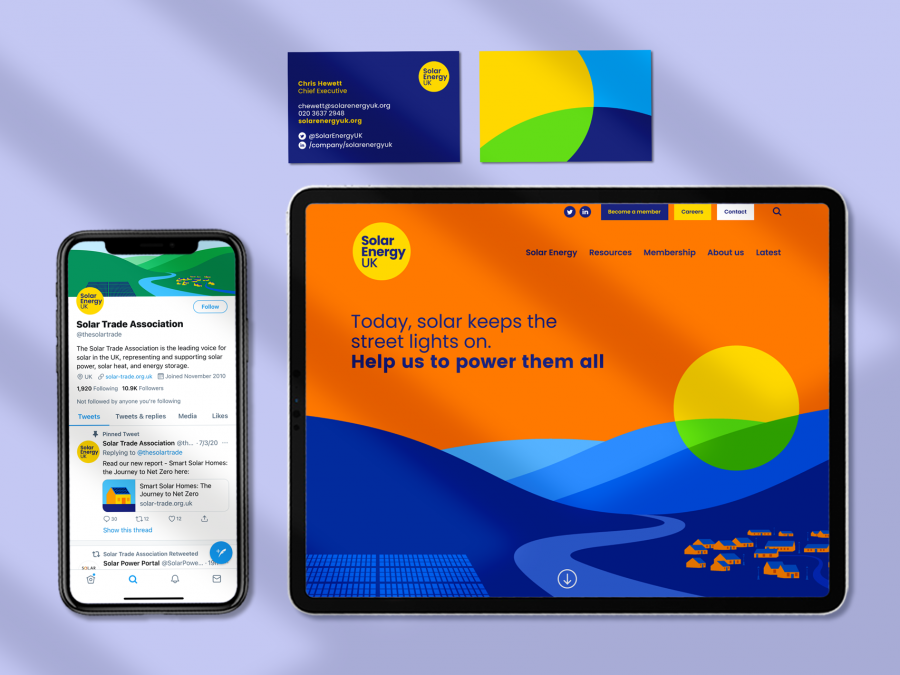 A bright new era for solar energy in the UK

Step into the NHS

Encouraging young people to step into their NHS career